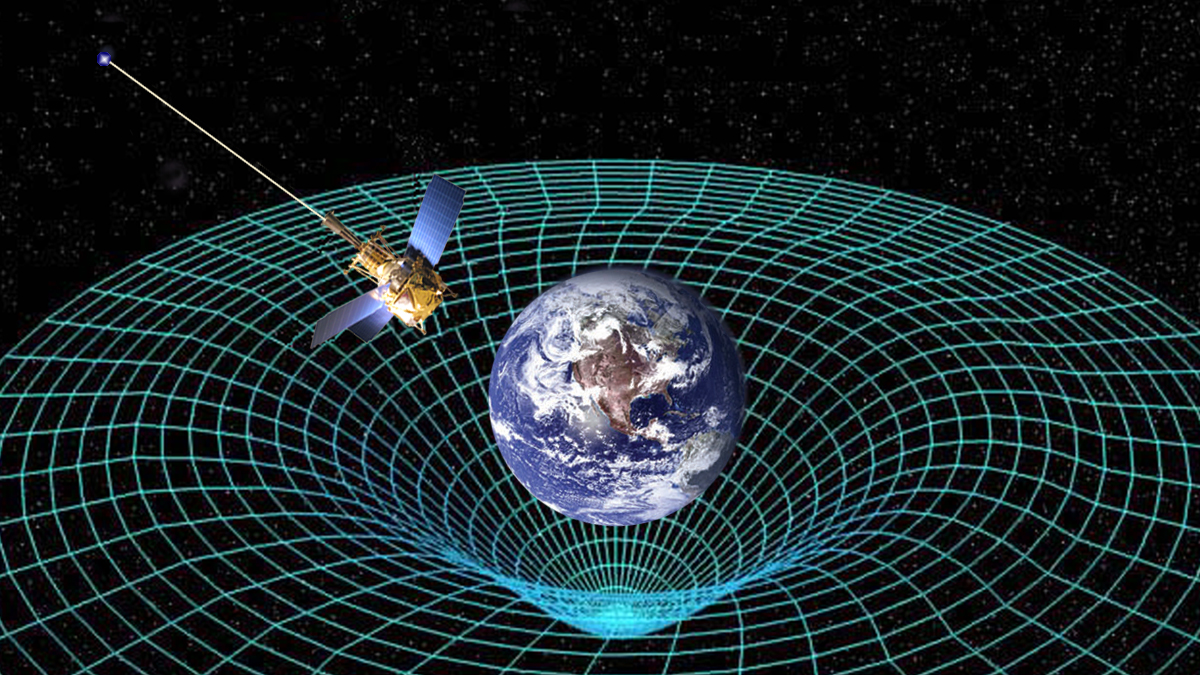 For a thousand years in thy sight are but as yesterday when it is past, and as a watch in the night.

The Bible predicts time dilation as observed. It is caused by the operation of gravity according to our axiomatic definition, which is congruent with practical mathematical applications.

Albert Einstein predicted that gravity affects time. This prediction was experimentally confirmed. Mainstream science (SciPop) wants you to believe that this means that the theory of relativity is true. We (that’s me and the Holy spirit) are going to show you that the theory of relativity is an opportunistic rationalization of circumstantial evidence. It’s a load of dingo’s kidneys.

There are two components to time dilation: gravitational and relativistic. The gravitational component is by far the largest and it’s the one which is significant to us. 2 Peter 3:8 is a mathematically perfect equation for GTD.

Gravitational time dilation isn’t just something that you have to learn if you study physics. It has a real world practical application which affects everybody who uses a smartphone. Smartphones have GPS (Global Positioning System) capabilities which allow for incredible applications of technology like Uber and other ride hailing services. That’s just one of hundreds of applications of the GPS system.

At an orbital radius of 26,541 km above the center of the earth time passes faster on GPS satellites by 38,640 nanoseconds per day.

The creation of gravity gives us the origin of GTD. It allows us to resolve the apparent difference between the Biblical age of the Earth (approx. 6,000 years) and the age of the remote regions of the cosmos (approx. 13.8 billion years). The further away from the center of the Earth you are, the faster time travels. The closer you are to the center of Earth the slower time goes until you reach the center where time is stopped, except that it’s theoretically impossible to reach the exact center if time is slowing down the closer you get to it. It’s an event horizon. The ramifications of GTD are known as Matty’s Paradox.

Now also when I am old and grayheaded, O God, forsake me not; until I have shewed thy strength unto this generation, and thy power to every one that is to come.

In Matty’s Paradigm we believe that heaven, the firmament, is a sphere of rigid crystal on the edge of space. It’s a source of gravity because of the gravitational attraction imparted to it by the field emitted from the Earth. Using the measurements of GTD from GPS satellites and other sources we have compiled a set of GTD data points. This gives us a way to calculate the distance to the firmament. The calculations may be found in the post time dilation math.

This gives a way to understand how long it would take for the Star of Bethlehem, for instance, to travel from the firmament to Earth. On one hand it ought to take 21,000 years to travel 21,000 light years, but, if time is going faster at the firmament by 1,000 years for every day on Earth then this cuts down the travel time considerably.

When you realize the power that we have to overcome all obstacles in physics, astronomy and cosmology by understanding that gravity is emitted from the center of a spherical Earth, it kinda makes you realize the absolute stupidity of the claim that flat earth is Biblical.