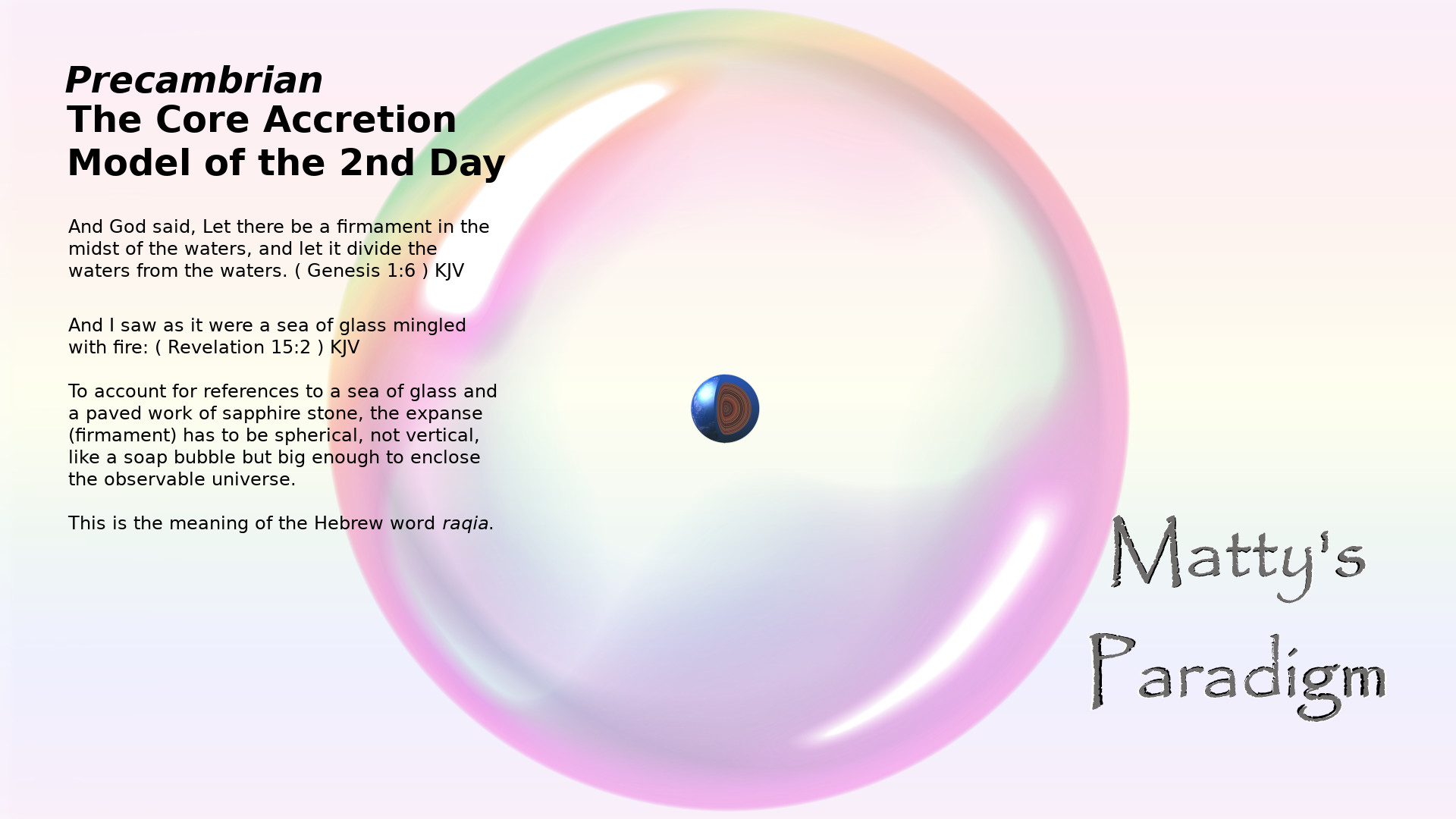 Do you know where the light comes from
or what the source of darkness is?
Can you show them how far to go,
or send them back again?

Night results from the obstruction of light. To separate them God has to cause the darkness to accumulate into a ball at the center of creation. Night, technically, is most concentrated inside the Earth.

At the end of the second day light and dark are separated by a space between them. Light dwells in the firmament of heaven. Darkness is in its place inside the Earth. The firmament is a crystal clear sea of glass on the edge of space, enclosing the universe, which is full of radiant light.

Based on some very simple calculations using the known radius of the Earth and seismological data on the possible internal structure of the Earth, and by understanding the history of changes to the Earth described in the Bible, the water may have been over 1,000 km deep. Regardless of the actual depth of water, the Earth is now in darkness.

Then God commanded, “Let there be a dome to divide the water and to keep it in two separate places”—and it was done. So God made a dome, and it separated the water under it from the water above it. He named the dome “Sky.” Evening passed and morning came—that was the second day.

We have to account for the fact that in heaven and on the surface of the waters below there’s constant light. This is important because Genesis tells us that there was an evening and a morning at the end of the second day.

The heavens don’t go dark at night, that would defeat the purpose of having them. Are we willing to consider that the “evening and the morning,” at the end of the second day are included simply to account for the passage of time? but they don’t refer to night falling. Remember, when God said “the darkness he called night,” was darkness that occurred as light was obstructed by the development of life in the aqueous, zero-G environment of the first day.

Can we just leave it at that? Does there really need to be a bunch of hand wringing over interpretation and meaning and such? Deduction has brought us to this point of understanding. There would be no point to inducing any further meaning. The third day is when God causes the dry ground to appear. This will be considered in detail as the daily devotion for the month of March. It’s not until the fourth day that we need to have a reason why it’s not possible to see the firmament. The scriptural basis that allows us to deduce what happens so that the sky is dark at night is from Isaiah:

I clothe the heavens with blackness, and I make sackcloth their covering.

The explanation for why the space between the stars is dark could be invoked at the end of the second day. The reason why we don’t want to do this is because it would have to be removed for the duration of the third day. When God clothed the heavens with blackness it’s referring to the inner surface of the firmament. Rather than attempt to make the case that God covered the heavens with sackcloth, then removed it, then put it back again, we think it’s better to leave ourselves hanging at the end of the second day where darkness and night have coalesced into a ball of dirt called the Earth.