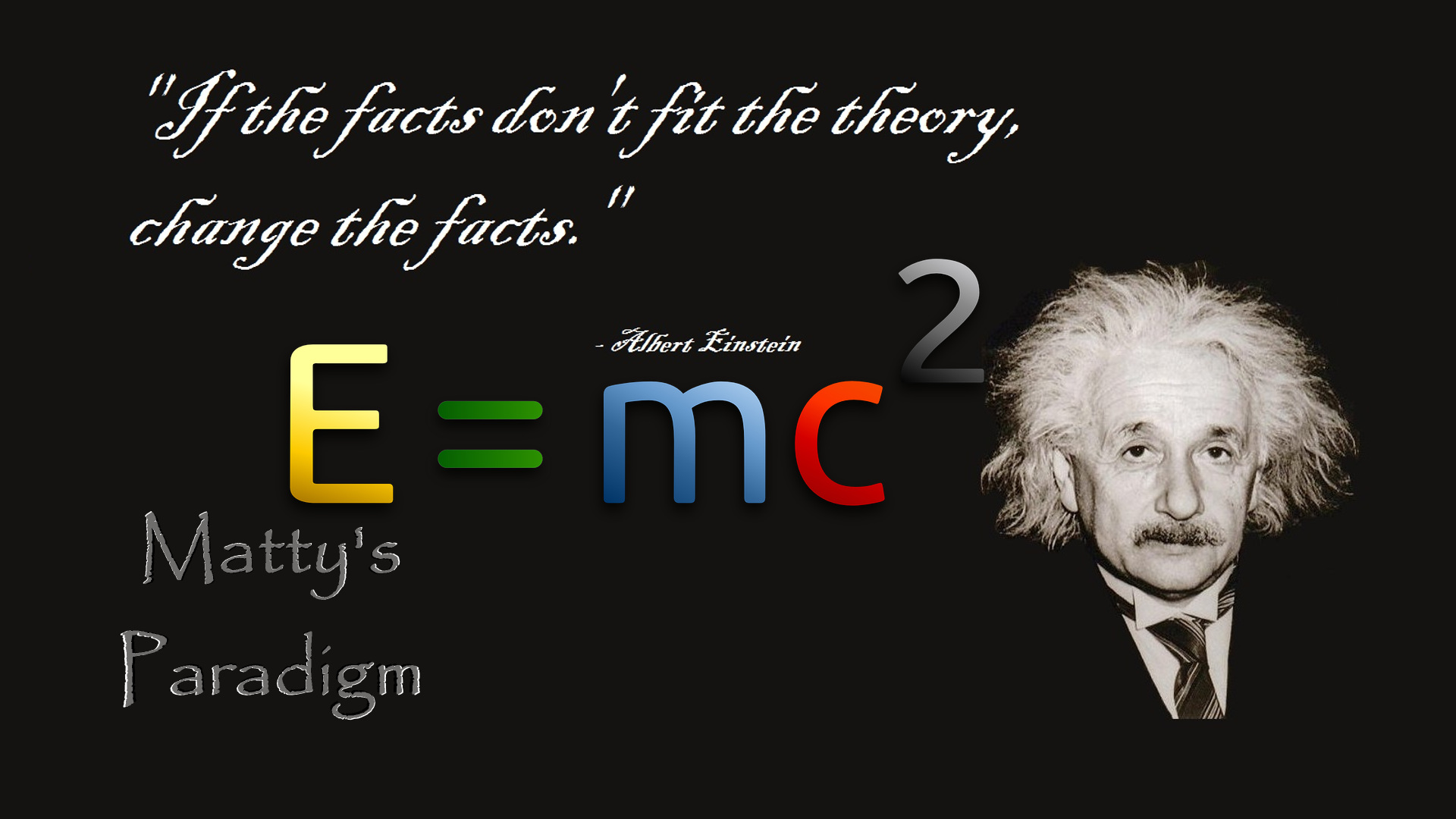 And I will stir up Egyptians against Egyptians,
and they will fight, each against another
and each against his neighbor,
city against city, kingdom against kingdom;
and the spirit of the Egyptians within them will be emptied out,
and I will confound their counsel;
and they will inquire of the idols and the sorcerers,
and the mediums and the necromancers;
and I will give over the Egyptians
into the hand of a hard master,
and a fierce king will rule over them,
declares the Lord God of hosts.

Einstein is a manifestation of the sorcerers who counseled in the spirit of Egypt. Egypt failed. A lot’s happened in physics since Einstein, so let’s consider a major development: the discovery of the weak nuclear force.

Yesterday we unified theories of general relativity (gravitation), electromagnetism, time, consciousness and first cause with God’s plan of redemption in a unified theory of everything. The key to all of this is the empirical observation that the observable universe has an absolute frame of reference: planet Earth. Now, it’s all well and good for us to write these things, but how can we prove that there’s an absolute frame of reference in a way that doesn’t depend on nuance of meaning and definitions in scripture? We use preferred spatial orientation and the weak nuclear force.

Some argue that parity violation on a subatomic level means that Isaac Newton was correct to say that there is such thing as absolute space and time, a view known as spacetime substantivalism. This is because parity violation implies electrons have a preferred spatial direction.

If the weak nuclear force has a preferred spatial direction and chirality which suggests that, at the time of their formation, the universe had an up and down, a center and an edge, then there must be a reason why. Not only that, but the way in which these forces continue to operate suggests that the universe still has an up and down, a center and edge. Why?

This is coming to light many years after Einstein established the modern framework for the Star Trek universe as conceived by Galileo. It means that the empirical experimental findings that we have of the way in which molecular forces work don’t fit the theory of relativity notion that there’s no absolute frame of reference. The facts don’t fit the theory.

The problem is that modern minds have the imaginary heliocentric frame of reference implanted in them in early childhood and they’ve been taught to revere Albert Einstein. Unfortunately that only puts us level with Einstein, we need to go beyond him and honestly evaluate what our more current experimental findings are trying to tell us.

If the universe has an absolute frame of reference then relativity, not quantum mechanics, is indeterminate. However, we’ve shown you that the theory of relativity isn’t just indeterminate, it’s an opportunistic rationalization of circumstantial evidence. We’ve given you what Einstein couldn’t: a unified field theory which is part of a unified theory of everything. Our unified field theory is made possible because we have two things:

Why did Einstein fail? He denied both. Just like the wizards of Egypt.