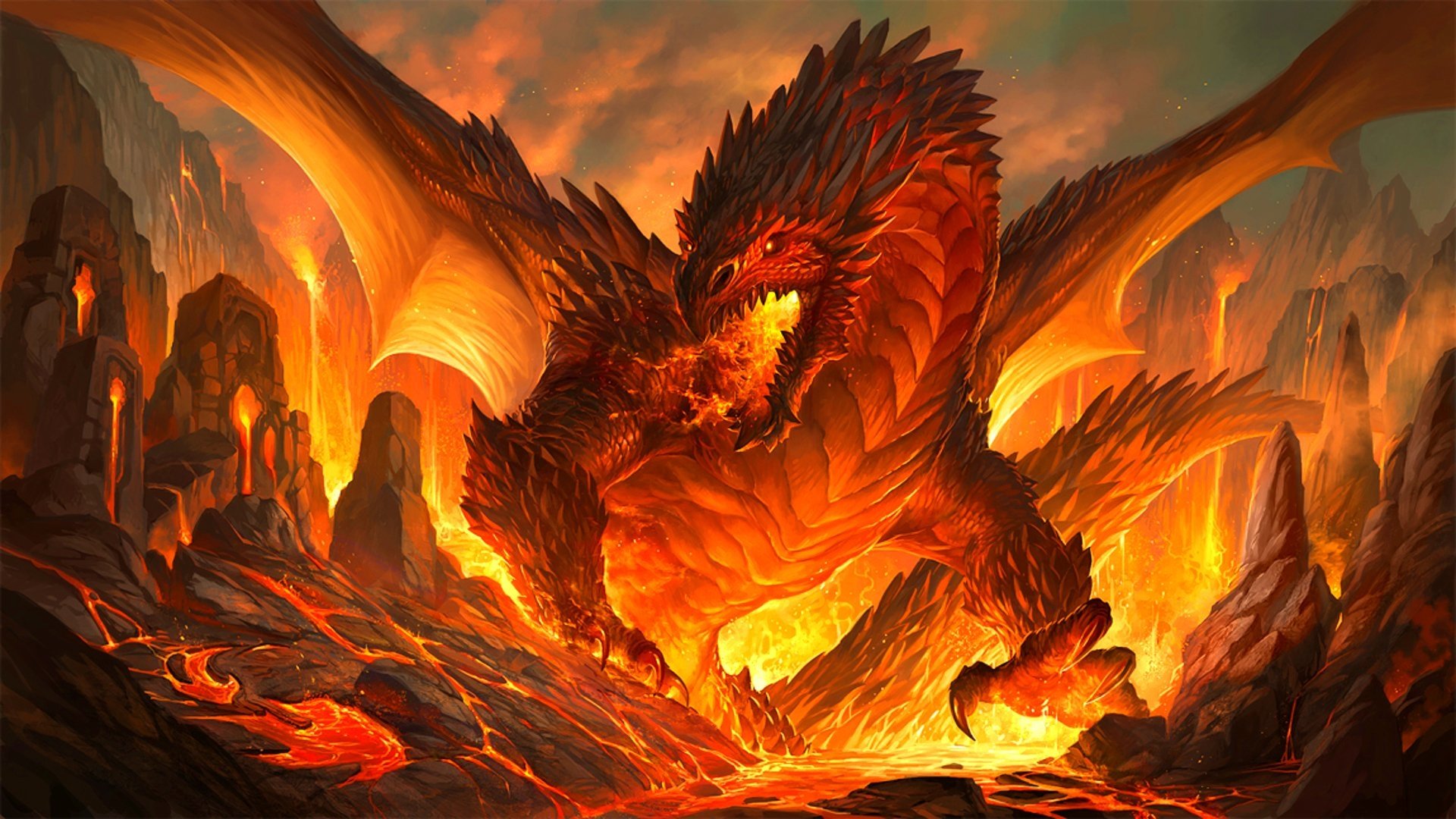 And he said unto them, I beheld Satan as lightning fall from heaven.

The bottomless pit is a synonym for the molten core of the Earth. It’s a ball of molten radioactive slag. It’s not a domain that Satan can rule. Satan isn’t going to enjoy hell. That’s propaganda.

Satan’s location is a modern day myth. Some people boast that they’re going to go and party with Satan in hell, and the boldest of them claim that when they get to hell they’ll run the place better than he does. The problem is, Satan’s not in hell. Yet. When he eventually is, it’ not a place that he can actually be in charge of: it’s a giant ball of molten radioactive slag. So, where is Satan?

And the great dragon was cast out, that old serpent, called the Devil, and Satan, which deceiveth the whole world: he was cast out into the earth, and his angels were cast out with him.

Therefore rejoice, ye heavens, and ye that dwell in them. Woe to the inhabiters of the earth and of the sea! for the devil is come down unto you, having great wrath, because he knoweth that he hath but a short time.

Some Christians believe that Satan’s rebellion in heaven preceded the fall of man in the garden of Eden. The idea is that Satan led his rebellion, was cast out of heaven, then went to the garden of Eden and beguiled Eve. One problem with this idea is that the Bible describes a serpent in the garden of Eden, but not which serpent, nor does it say Satan or the Devil did this. It also says that the serpent in question was cursed to be limbless as punishment. The likely candidate for this is the cockatrice, given that it’s eggs hatched limbless vipers. How could being limbless be a curse if the serpent was a snake which is already limbless? This is a little out of sequence but we discuss this in the post for July 1st.

But of the tree of the knowledge of good and evil, thou shalt not eat of it: for in the day that thou eatest thereof thou shalt surely die.

It’s much more likely that Satan observed the fall of man and he saw that God’s punishment of Adam and Eve was justified but merciful. He may have noticed, for instance, that when God said that “in the day that thou eatest thereof thou shalt surely die,” but Adam didn’t immediately drop dead when he ate the fruit. He saw an opportunity to rebel figuring that the punishment wouldn’t be that bad. Satan’s merely an opportunist.

And she being with child cried, travailing in birth, and pained to be delivered.

And there appeared another wonder in heaven; and behold a great red dragon, having seven heads and ten horns, and seven crowns upon his heads.

Satan’s timing is off too. This is John’s vision of a woman clothed with the sun travailing in birth. This is before the war in heaven which got Satan kicked out. Travailing in birth was the punishment upon women for eating the forbidden fruit. How could the woman, on Earth, be punished for a sin that was supposedly caused by Satan, if Satan hasn’t been cast out of heaven yet. Didn’t think of that, did you?

Satan’s on the Earth

Now there was a day when the sons of God came to present themselves before the LORD, and Satan came also among them. And the LORD said unto Satan, Whence comest thou? Then Satan answered the LORD, and said, From going to and fro in the earth, and from walking up and down in it.

These passages are from the book of Job. Most people probably assume that they take place in heaven, unfortunately, that’s not stated in the text. This conversation couldn’t have been in heaven. This was many years after Satan was cast out of heaven and there’s no way for him to go back. This took place on the earth, the LORD in this passage is a pre-incarnate manifestation of Jesus Christ, a Christophany.

A minor note here, not to beat this to death or anything, but if the serpent in the garden of Eden was cursed to be limbless, then how is Satan walking up and down in the time of Job? Walking kinda requires legs. Just saying.

Here again is a similar scene from the vision of Zechariah:

And he shewed me Joshua the high priest standing before the angel of the LORD, and Satan standing at his right hand to resist him.

Obviously Joshua was on the Earth. The only conclusion that we can reach is that Satan is going to and fro in the Earth, and walking up and down in it, just like the Bible says.

Who did Jesus Speak With?

Then was Jesus led up of the Spirit into the wilderness to be tempted of the devil. And when he had fasted forty days and forty nights, he was afterward an hungred. And when the tempter came to him, he said, If thou be the Son of God, command that these stones be made bread. But he answered and said, It is written, Man shall not live by bread alone, but by every word that proceedeth out of the mouth of God.

The Devil, or Satan, is an old serpent, a red dragon, who can change his appearance to that of an angel of light, but he’s also a spirit which can enter and possess a human being. Satan may be visible, visibly altered or invisible. In what form did he meet with Jesus in this account from Matthew chapter 4?

An evil spirit can’t inhabit the body of a born again Christian. When we’re born again we’re indwelt by the Holy Spirit. The presence of the Holy Spirit prevents evil spirits from being able to enter a Christian. The name of Jesus Christ is used to drive spirits out of people. Therefore it’s not possible for the spirit of Satan to enter the body of the Son of God, nor is it possible for Jesus to have a conversation with a cloud of invisible vapor, therefore Satan has to have appeared in one of his physical forms when he met with Jesus.

Satan isn’t in Hell. Yet

And he laid hold on the dragon, that old serpent, which is the Devil, and Satan, and bound him a thousand years, And cast him into the bottomless pit, and shut him up, and set a seal upon him, that he should deceive the nations no more, till the thousand years should be fulfilled: and after that he must be loosed a little season.

When Jesus returns to establish his millennial kingdom is Satan will be cast into hell.

Be sober, be vigilant; because your adversary the devil, as a roaring lion, walketh about, seeking whom he may devour:

Satan’s on Earth, right now, possibly walking to and fro but most likely running the internet from an underground bunker. Hell is expanding, so it’s probably pretty warm already. Satan knows what’s coming. His time is running out.

After Satan spends 1,000 years in hell he’ll be released one last time. He’ll make a final fruitless effort to oppose the king of kings and Lord of Lords, Jesus Christ.

And when the thousand years are expired, Satan shall be loosed out of his prison, And shall go out to deceive the nations which are in the four quarters of the earth, Gog and Magog, to gather them together to battle: the number of whom is as the sand of the sea. And they went up on the breadth of the earth, and compassed the camp of the saints about, and the beloved city: and fire came down from God out of heaven, and devoured them. And the devil that deceived them was cast into the lake of fire and brimstone, where the beast and the false prophet are, and shall be tormented day and night for ever and ever.

Satan’s not in heaven, but he’s not in hell either. Yet. When he gets there he’ll find a ball of molten radioactive slag. It’s not a domain that he can rule. Satan isn’t going to enjoy hell. That’s propaganda. The final judgement on Satan is that he’ll be cast into the lake of fire in outer darkness. He’ll be utterly irrelevant. Forgotten for the rest of eternity. Bye Satan!