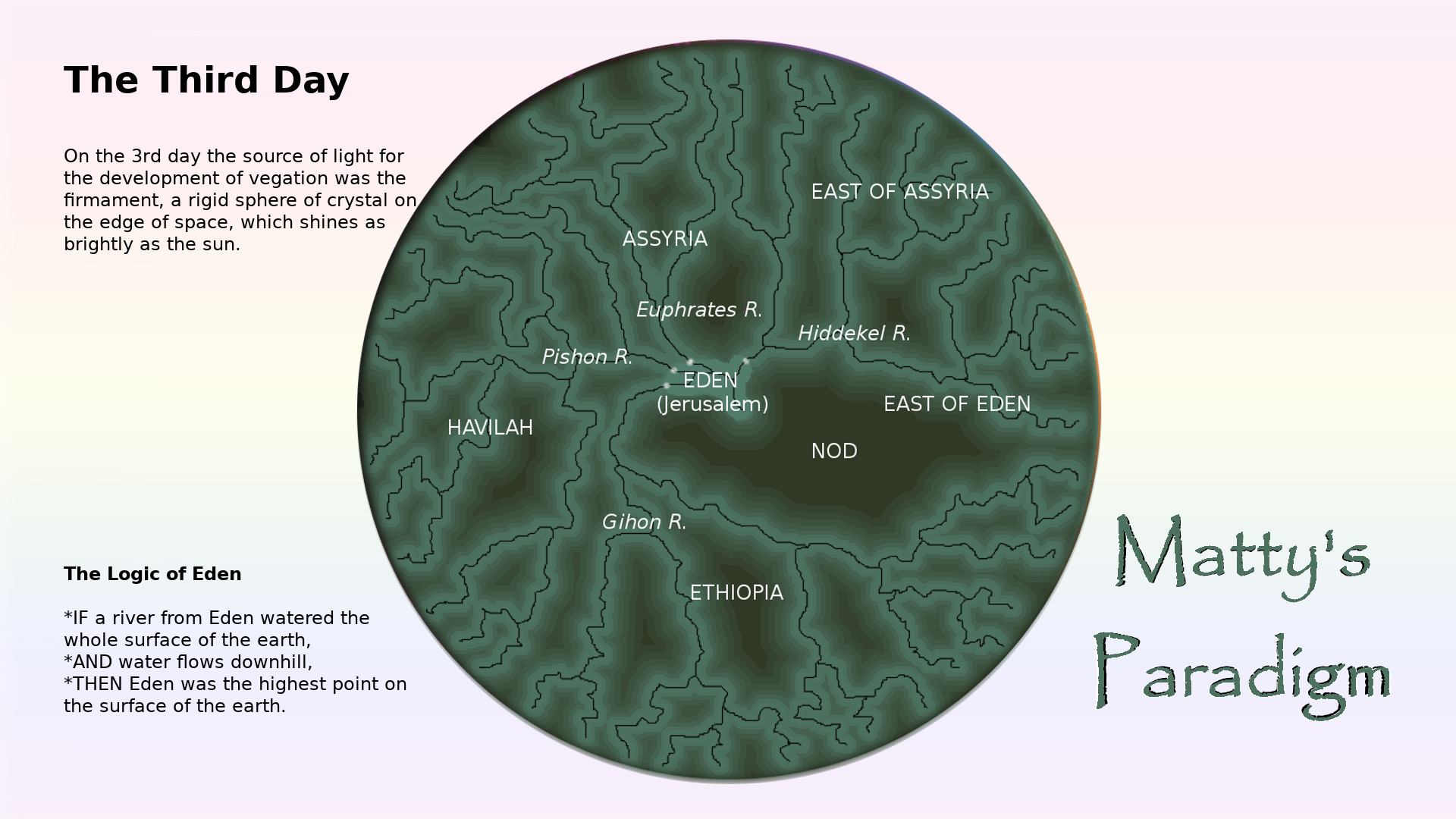 The logic of Eden is deduced from a simple observation: IF rivers from Eden watered the surface of the Earth, AND water flows downhill, THEN Eden must have been the highest point on the Earth.

This describes the situation which has been established at the time of the sixth day. It’s not a linear progression, it’s a synopsis. Here’s the thing: is this flowery poetic language or is this giving us an inkling about the existence of a hydrological cycle?

More useful questions to ask are: if water up welled at Eden and became a river which watered the land, where did the water come from? and where did it go? If we can answer these questions then we’re really on to something.

When you start to ponder this something else happens, you begin to wonder about topography. That’s when the passage about four rivers flowing from Eden becomes three dimensional. This paragraph gives us details which allow us to deduce that Eden was a plateau (flat land) at the top of a mountain which filled the whole Earth. This is a theme which is picked up later in scripture and becomes the format for the establishment of the Millennial Kingdom. This will be discussed in detail in the days to come.

This dawned on us when we were the custodian at a large Presbyterian church cleaning the church balcony. It gets really interesting when we apply Hypothesis 22 and search the scriptural context for clues in the original Hebrew which relate to topography. Water up-wells at Eden and cascades as waterfalls over cliffs on the North, West and South of Eden. These become four rivers which water the surface of the Earth.

The Logic of Eden

It does. The Hebrew word rosh is the key to the creative process of the third day. Here’s our earliest attempt to sketch this idea.

One Reply to “The Logic of Eden”