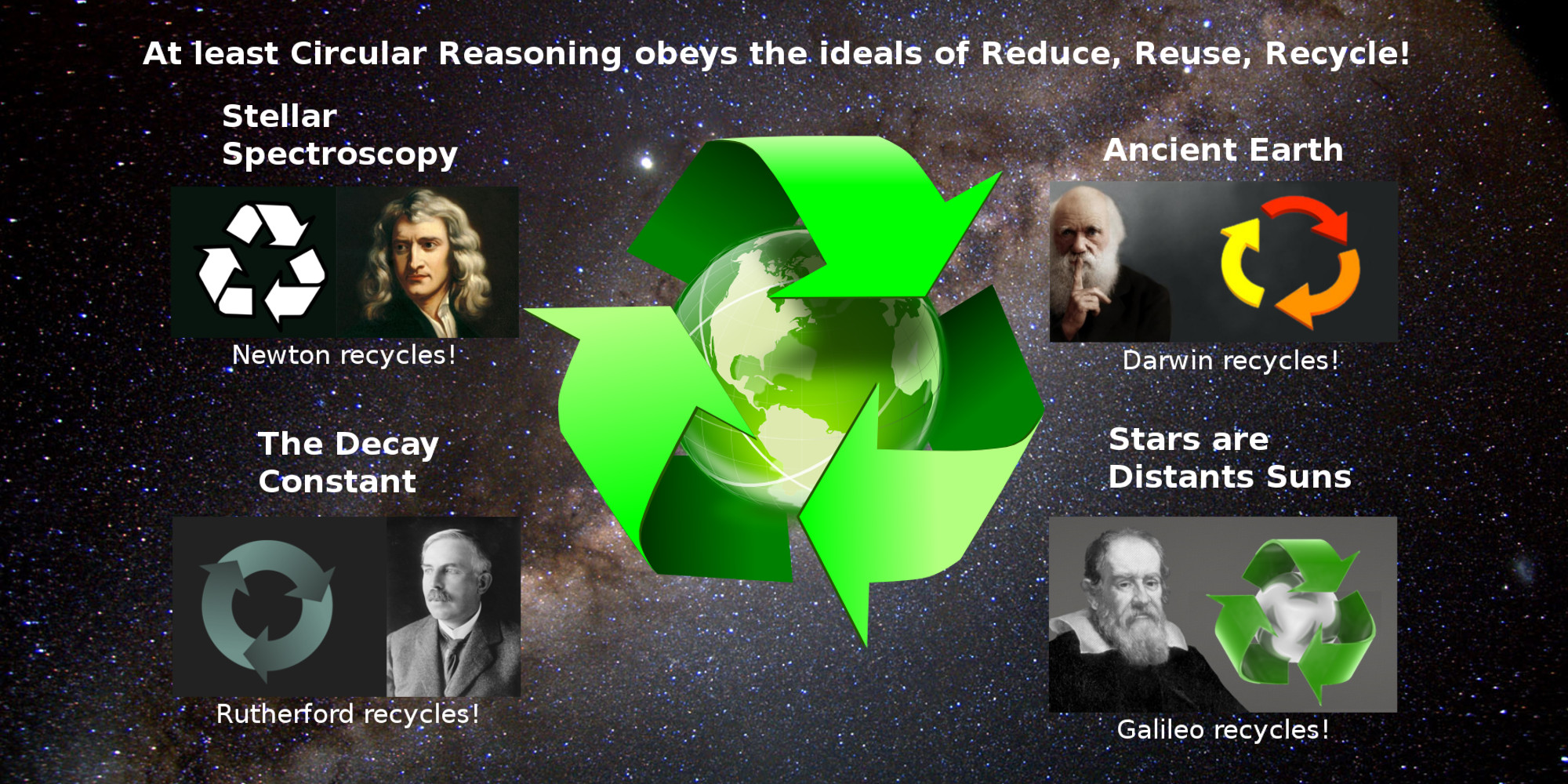 But avoid foolish questions, and genealogies, and contentions, and strivings about the law; for they are unprofitable and vain.

Here’s where it gets really clever: Two circles of reasoning can now be merged with each other by THEREFORE such that it appears that they provide mutual support for each other.

Brilliant, right? This is especially clever because occasionally an atheist science troll (AST) has enough wherewithal to make the point that this isn’t circular reasoning because there are two disparate branches of science that support each other. They fail to grasp that although the two branches of science may be different disciplines, they both developed within the same paradigm.