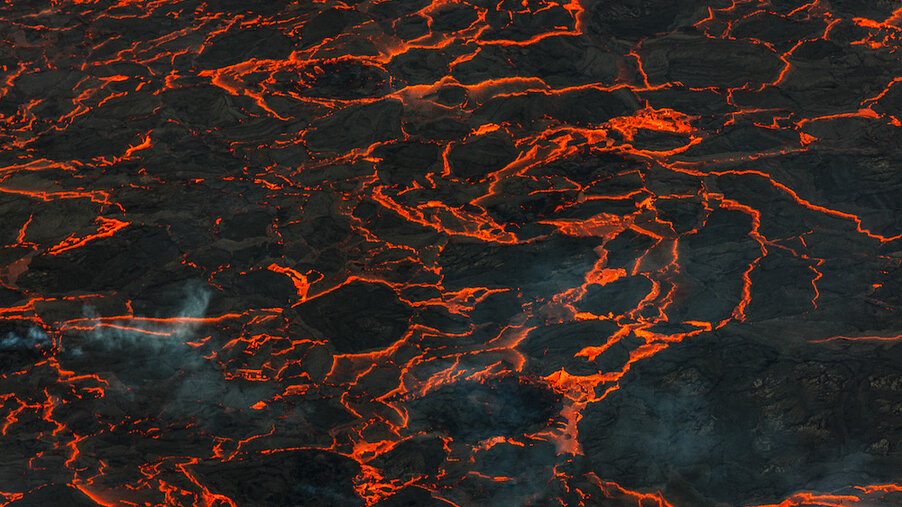 Somewhere in central Panama, there is an almost unearthly phenomenon of an opening going deep into the mantle.

This is a direct copy of a SciPop or news article preserved here because things on the internet have a bad habit of disappearing when you try to find them again. Full credit is given to the original authors and the source.

Earth isn’t going to open up its gaping maw, dragonlike, and swallow us all into the inferno anytime soon, but it is exhaling hot breath somewhere under Panama.

This obviously sounds like either Mordor or a volcano. While you couldn’t blame this immediately coming to the minds of hardcore LOTR fans –– since Smaug doesn’t move around his lair much unless he’s agitated, and Mordor is pretty much the dragon of all volcanic structures that have ever existed in fantasy –– this isn’t even an actual volcano. It is a literal opening to the molten depths of magma. Is this dark magic? More like plate tectonics.

Volcanic gases are being breathed out through that opening even though there is no actual volcano. They come from the Galapagos plume, which is over 900 miles away, and seep through a crack between tectonic plates. What is in those gases can tell researcher David Bekaert, of the Woods Hole Oceanographic Institution, and his investigating team where this geophysical anomaly leads to and why it even exists. Bekaert led a study recently published in PNAS.

But how could a portal to hell over a thousand miles deep have yawned open and still be thought to keep opening over time? More research needs to be done, but Bekaert has an idea.

“There is slab break-off, when pulling forces from the deeply subducted portion of a slab are too strong for the actual rate of subduction, detaching the descending slab from the rest of the plate,” he said. “Another possible cause is subduction of a spreading ridge, the spreading border between two tectonic plates.”

Subduction zones may be the closest thing we have to the fires of Mordor. There are underlying tectonic plates deep beneath continents and oceans. They are always moving, and when a collision happens in which one plate is forced beneath another, it can unleash anything from earthquakes and landslides to tsunamis and volcanic eruptions. What is so mysterious about what is now being called a “slab window” under Panama is that there is supposedly an anomalous gap between the plate that was subducted and the plate that pushed it down.

Nothing like this has ever been seen before. After subduction, the edge of the dominant tectonic plate ends up as a barrier against onrushing material, but this one apparently didn’t slide all the way. The chemical signatures of volcanic gases that escaped from the resulting “window” were what told the researchers that they were coming from the distant Galapagos plume. Helium and lead isotopes were one of these signatures that gave away whether the flow of gas and magma was coming from the upper or lower mantle, depending on what was found.

What was leaking underground and sideways from the plume, in a process known as lateral transport, had an unexpected composition. Helium can form two stable isotopes, He-3 and He-4. The upper mantle almost always has around 8 times as many of these isotopes as the atmosphere. Volcanic gas sampled from the opening in central Panama showed 9 times the atmospheric He-3 and He-4 content in that region, which does’t seem like much but was especially bizarre since it typically has 2 to 5 times the atmospheric helium isotope content.

Having the Galapagos plume as a source seemed like the only reasonable answer to why so many of those stable helium isotopes were in the gas that seeped from the subduction zone. This was backed up by geophysical imaging of the mantle, which created models of the subsurface to further understand its processes, and additional analysis of lava. Bekaert believes that geochemical anomalies like this might demystify geochemical phenomena on the surface.

“This process could become a very important piece in our understanding of Earth’s chemical evolution,” he said. “In the end, geochemical signatures may be a powerful tool to track deep mantle currents across the solid Earth.”