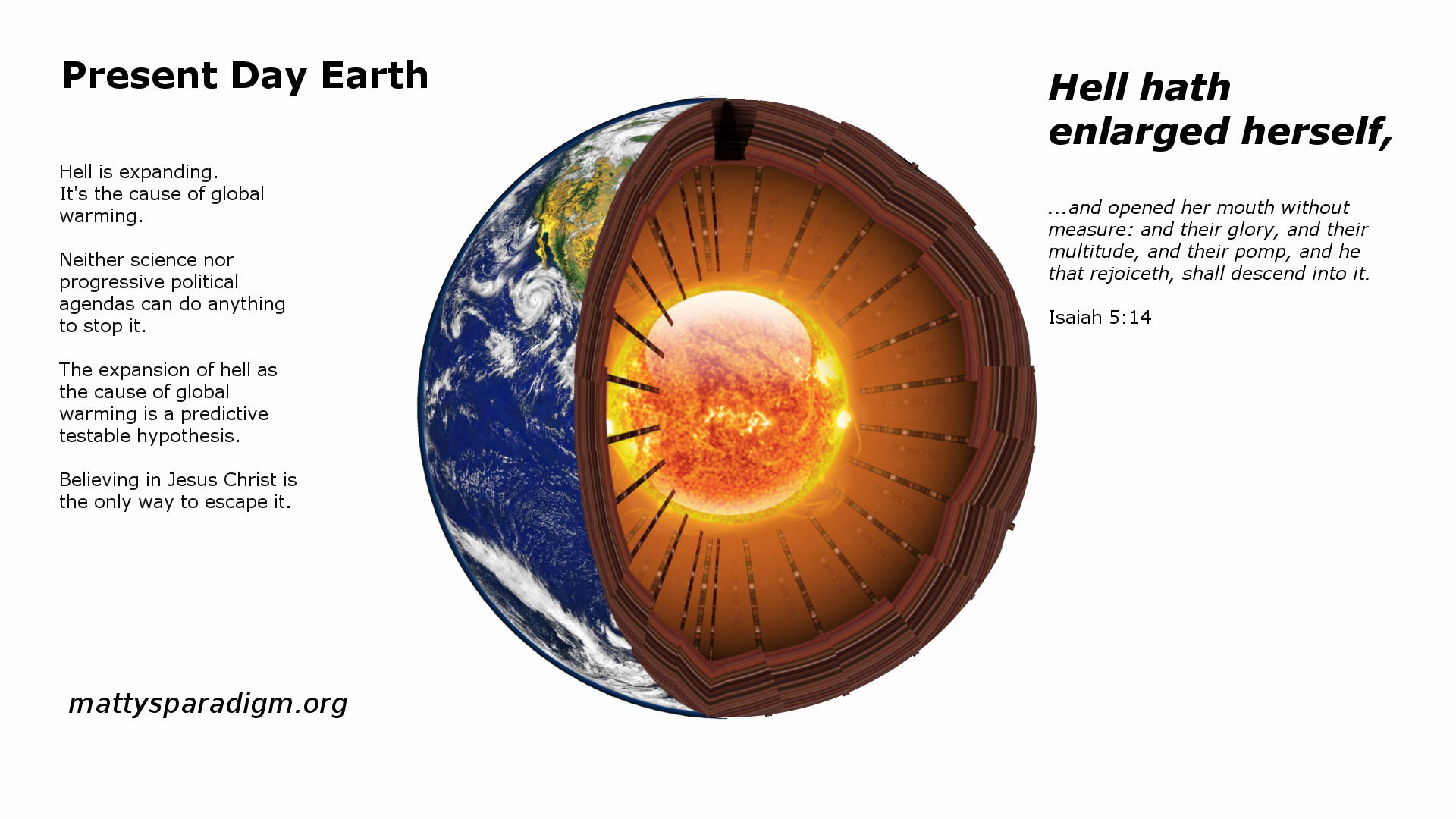 Therefore hell hath enlarged herself, and opened her mouth without measure: and their glory, and their multitude, and their pomp, and he that rejoiceth, shall descend into it.

It appears that the expansion of hell is due, at least in part, to the addition of human souls. However it also contains the implication that hell has expanded in anticipation of the arrival of new souls.

We have a working hypothesis that each human soul is a created instance of gravity. As such, when people die and their souls go to hell, the gravitational component of the Earth is being transferred from the crust to the core. The increased force of gravity in the core causes molten material from the lower mantle to fall into hell. This is the reason for its physical expansion.

We’re investigating the possibility that hell emits gravitational waves in response to fluctuations in the human death rate.

The first reference to hell in the Bible is also the passage that tells us that hell had a beginning. It tells us that the expansion of hell is melting the Earth from the inside out.