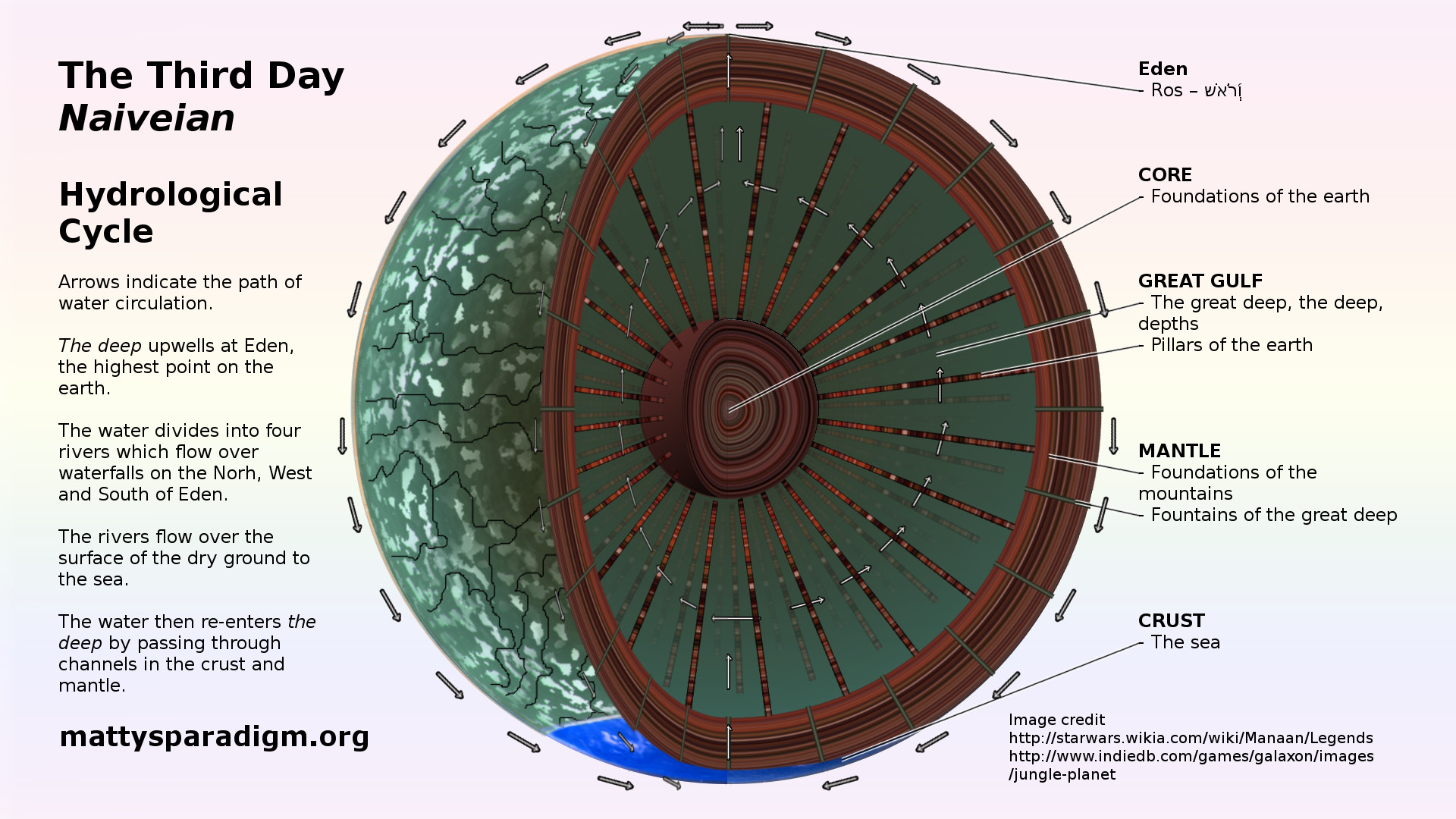 Declaring the end from the beginning, and from ancient times the things that are not yet done, saying, My counsel shall stand, and I will do all my pleasure:

We have found a wide variety of ways to apply this technique, and it’s been useful in, among other things, deducing that the hydrological system of the Earth as it was formed on the third day, and the Earth at the time of the Millennial Kingdom, are functionally equivalent.

It also helps us to be certain the the Earth, and the cosmos in general have an absolute frame of reference. The passage of time is a function of gravity and gravity is a field emitted from a singularity at the center of the Earth.

The strength of gravity, and it’s effect on time, is proportional to the square of our distance from the source. At the center of the Earth time isn’t passing, but where we are on the surface, at a radial distance of 6,371 km, a day is 24 hours long. Above us in the heavens time is passing more quickly.

We have eternity in our hearts because we’re at one specific point in time, but we can remember the past and imagine the future. We know that there’s a future because there’s been a past. Not only that but we have history of things past from many sources, and we also have prophecy about the future in the Bible. We aren’t like God, in that we aren’t outside of and aware of all time in one moment, but we are god-like, in His image, because we can see the beginning and end of time as He has pictured them for us in scripture.