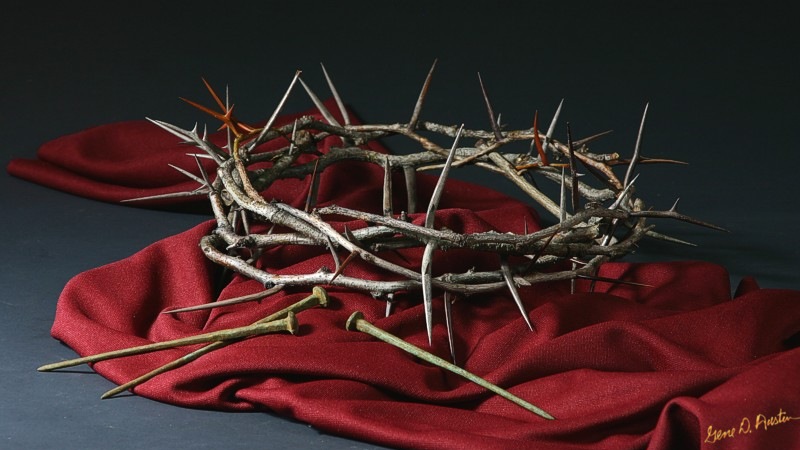 Principle IX – Gravity is the Law

For God so loved the world, that he gave his only begotten Son, that whosoever believeth in him should not perish, but have everlasting life.

This verse takes a significance of cosmic proportions when we consider the role of gravity in creation. It’s not merely referring to the sacrificial death of Jesus Christ on the cross at Calvary. It’s referring to the decision to create the universe.

The narrative that we, that’s me and the Holy spirit, have constructed from our Axioms, Corollaries and Principles revolves around a central theme: the creation of gravity at the center of creation. The broad narrative of scripture is the process by which a permanent physical separation of light from dark, good from evil, is brought about. The primary cause of this ordering is the force of gravity.

In order to manifest free will God had to create a system which was inherently corrupt from the moment that it began. However, order is brought to chaos, and the separation of light from darkness is made possible by gravity. However the light can’t be completely free from the darkness until all of the darkness has been gathered up and disposed of.

There’s a master plan in effect here. The initial ordering of creation on the second day wasn’t 100% efficient. Some darkness made its way into heaven and it lay at the root of Satan’s rebellion. He and his angels were cast out, and heaven was purified. The purification of the Earth has been a much longer process and it is still underway.

When we try to contemplate how the creation of gravity has made the purification of creation possible, it is natural to begin to ponder what gravity really is. Again we turn to the broad narrative of scripture. Jesus Christ had to die on the cross of Calvary so that we could be set free from sin and death. However this death was symbolic because the true sacrifice had to be made in order for us to have free will in the first place.

Before creation God existed as a trinity, God the Father, God the Son and God the Holy Spirit. In the Bible life is composed of soul, spirit and body. The Spirit is easily identifiable. The body we have struggled with but we have been drawn to the inescapable conclusion that the body is identified as the Word, the deep, pure water, Jesus Christ the lamb slain from the foundation of the world. So where is the soul of God? Is it God the Father?

The deep had to become impure in order to create life. If the water is the Word, and the Word became flesh, then Jesus Christ had to be sacrificed from the foundation of the world in order for us to have free will. We can be saved and redeemed if we choose Him, Jesus Christ. Given this backdrop of the plan of redemption superimposed upon the physical reality of atoms and molecules, gravitational forces, light and darkness, purity and impurity, sacrifice and suffering, what could gravity actually BE? Can we deduce the true nature of gravity?

That should be pretty obvious. How about this question?

That’s a classic which comes up time and time again in conversations with atheist science trolls (ASTs). When we tell them that they can be saved through faith in Jesus Christ the first response is usually: saved from what? We have the answer now, based on the physical reality of creating the universe from the components of water, Axiom I:

Why did God Create Corruption?

Now the question becomes, why did God create a system which is inherently corrupt? This gets to the essential core of the whole discussion:

Why did God need for us to have free will? God is giving us the choice of whether or not we want to be with him for the rest of eternity. This confirms for us part of the essential nature of God:

This is stated in scripture:

And we have known and believed the love that God hath to us. God is love; and he that dwelleth in love dwelleth in God, and God in him.

How does God Separate Good from Evil?

God loves us so much that he has given us free will to be able to choose our own outcome. However, in the light of the broad narrative of scripture this leads to an interesting question.

Are we right? We think that this is a reasonable question to be asking. So now let’s look back at the model of the creation which we have built and the way which it incorporates seamlessly into the plan of redemption. Light and darkness are being separated by the action of the force of gravity.

This is even worse that saying Jesus Christ is the same person as the waters of the deep. Are we really going to state that God is gravity now? We’ve examined the relationship between the body, soul and spirit. We concluded that the soul includes aspects of heart and mind. In the human body this is pictured for us by the heart being the central core of our body which drives and sustains us, the mind is in the brain which is separate from and above it. This pictures the separation of heaven and Earth.

Now we get to the scary part:

The Conclusion of our Deduction

We committed ourselves to the use of deduction throughout this process. We had no idea where it was going to end up. This means that not only did Jesus Christ endure the suffering and shame of being on the cross, but that the heart of God is even now enduring torment and agony in the molten core of Earth so that we can have a chance to escape it. God is doing this for us. Could that be anything but love?

The interesting part is that we’ve deduced that the human soul is a created instance of gravity. This is confirmed by a predictive testable hypothesis in which gravitational wave detections are correlated with fluctuations on the human death rate. We’re not going to apologize for this conclusion, but we’ve deduced our way to it two different times now: The soul is a gravitational singularity.

The mode of action of gravity, and why there’s a distinction between Agape gravity and Mosaic gravitational attraction, is discussed in the post for June 10th – Love, Gravity and the Higgs Boson.