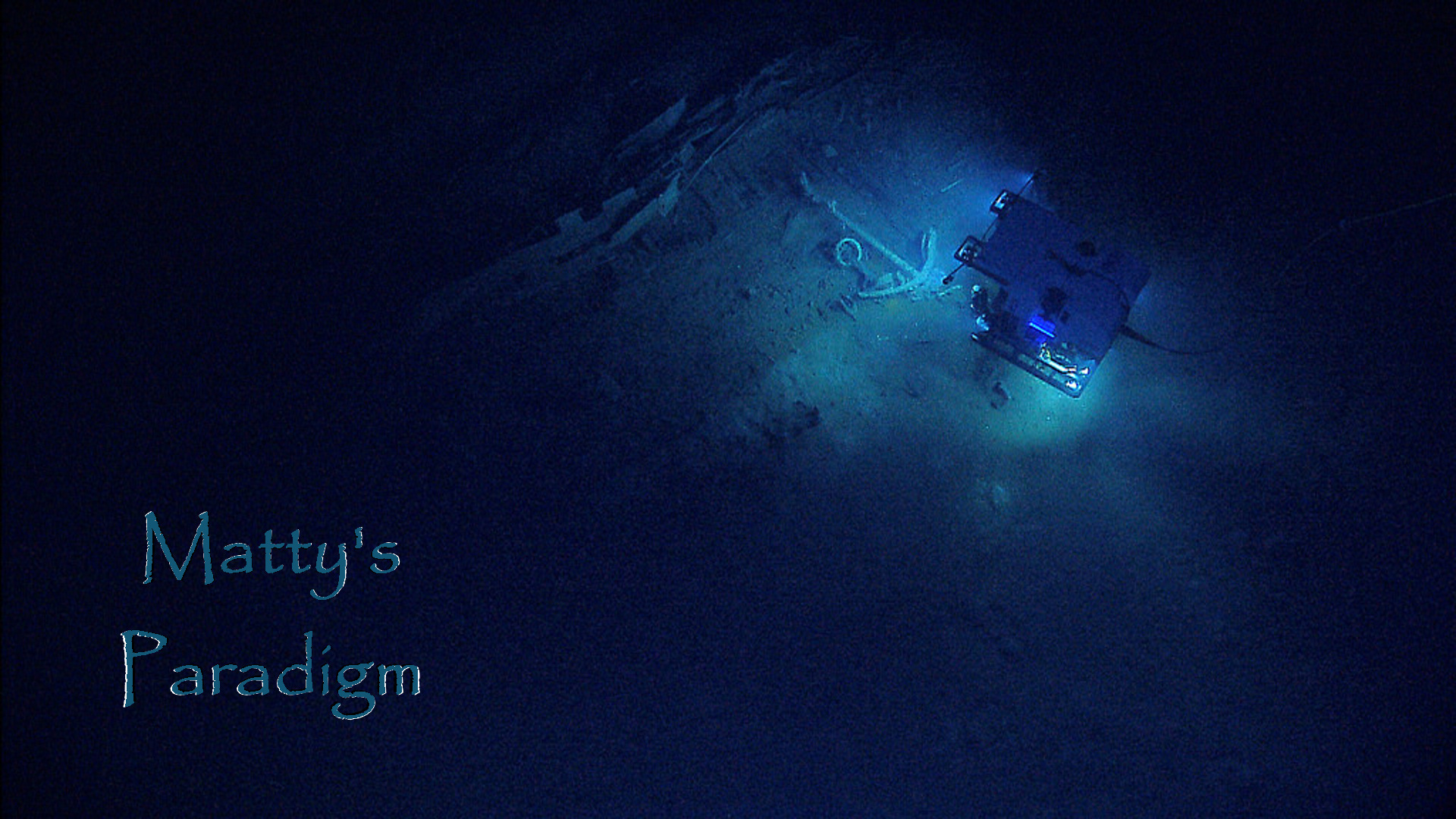 Do not make for yourselves images of anything in heaven or on earth or in the water under the earth.

The deep, of Genesis 1:2 became the great deep, the deeps and the depths of the created world. They’re all translated from the same Hebrew word, tehom. The deep became creation. The word became flesh.

The water which predated creation, the deep, is translated from the Hebrew word tehom. Tehom is rendered in a variety of ways which are context-dependent.

Your righteousness is towering like the mountains;
your justice is like the depths of the sea.
People and animals are in your care.

The depths of the sea is used as a metaphor to give us an idea of the all-encompassing nature of the judgment of God. Wisdom is the quality of having good judgement. If tehom is the body of water which predates creation, and it’s used as a metaphor for wisdom, we can glean new insight into Proverbs chapter 8.

Proverbs 8:1-21 extols the virtues of wisdom. Starting in v. 22 we get an account of creation which adds considerable depth to our understanding of the process of creation. This where we find the clue to understanding the geography of the original Earth. This chapter also includes the beginning of the Biblical doctrine of gravity and the Geocentrospheric universe.

The universe wasn’t created from nothing. There was never, ever, nothing. Before creation began, tehom existed.

When he established the heavens, I was there;
when he drew a circle on the face of the deep,

Here is our primary statement of the doctrine of gravity which we discuss in the daily devotional for February.

when he made firm the skies above,
when he established the fountains of the deep,
when he assigned to the sea its limit,
so that the waters might not transgress his command,
when he marked out the foundations of the earth,

On the 3rd day the waters below the firmament were taken into the interior of the earth as it became a hollow sphere.

He gathers the waters of the sea as a heap;
he puts the deeps in storehouses.

Who closed the gates to hold back the sea
when it burst from the womb of the earth?

The sea is part of the hydrological cycle and is connected to the waters below the mantle.

The waters made him great, the deep set him up on high with her rivers running round about his plants, and sent out her little rivers unto all the trees of the field.

This is a description of the Old World hydrological cycle in which deep calls to deep by the noise of the waterfalls that issued from the North, West and South of Eden. We go into more detail in the post for March 5th.

It was you also who dried up the sea
and made a path through the water,
so that those you were saving could cross.

Here the sea, the great deep and the depths are used in a context which makes it quite clear that they are referring to the same thing. This passage is a reference to the passage of the Children of Israel across the floor of the Red Sea when they were led out of Egypt. The deep is used to refer to the ocean. Leviathan didn’t exist before creation, therefore this is referring to the sea after it. It appears to tell us that Leviathan was able to swim from the sea into and out of the great deep, within the earth. This clarifies the reference in Deuteronomy 5:8 to creatures in the waters beneath the earth.

He [Leviathan] churns up the sea like boiling water
and makes it bubble like a pot of oil.

This is Jonah’s experience when he was cast into the sea by sailors, and would appear to have experienced death by drowning:

The water came over me and choked me;
the sea covered me completely,
and seaweed wrapped around my head.

All three of the above references are speaking of the ocean as either the great deep, the deep, or the depths. In which case, they are all references to things that are part of creation, not before it.

He split rocks open in the desert
and gave them water from the depths.